​SEDA is a new wavelet-based algorithm to enhance the quality of speech corrupted by multi-talker babble noise. 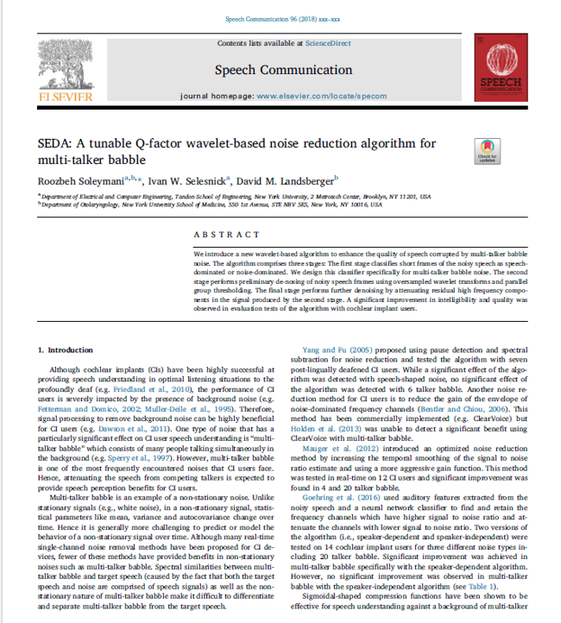 Bab-El is a prototype babble noise reduction app which works on Android cellphones and tablets which is designed based on SEDA algorithm. The current version of the Bab-El can run in real-time on most Android devices and introduces a latency as low as 20 milliseconds. 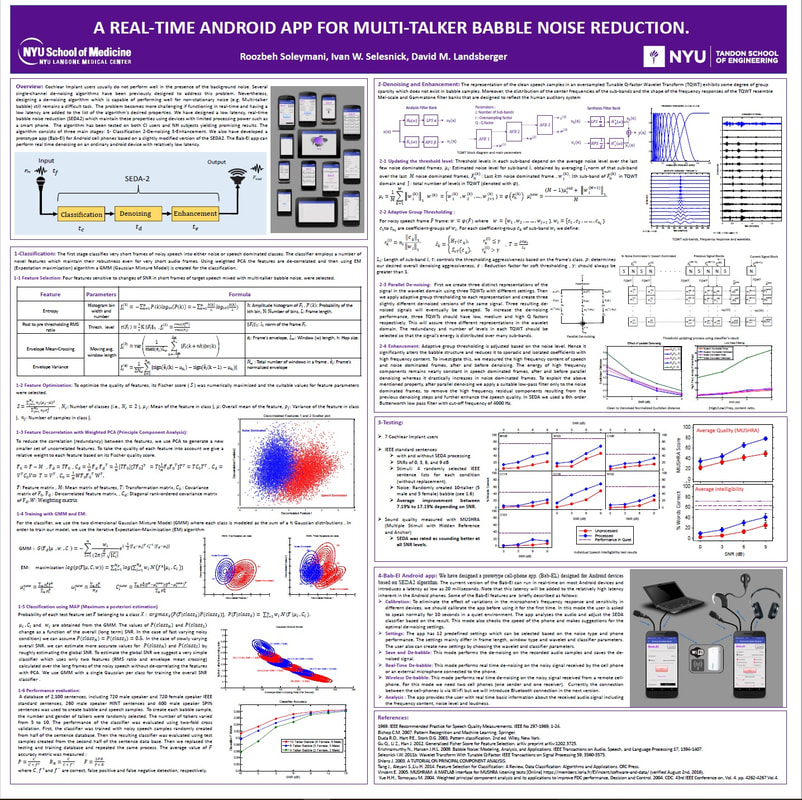 Signal-to-Noise Ratio (SNR) estimation is an important component of many speech processing algorithms. Most previous works have focused on instantaneous short-term SNR which is estimated over short-frames of the noisy speech. Other algorithms have been developed to estimate the overall SNR which is estimated over the entire length of the noisy speech. We introduce an instantaneous long-term SNR estimation algorithm which estimates the acoustically perceivable long-term noise level in the noisy speech. The instantaneous long-term SNR is estimated by averaging the “speech-likeness” values of multiple consecutive short-frames of the noisy speech over an adaptive long-frame. The algorithm is calibrated to be insensitive to transient changes in speech or noise level.  However, it quickly responds to non-transient changes in instantaneous SNR by adjusting the duration of the long-frame on which the long-term SNR is measured. The algorithm was trained and tested for randomly generated speech samples corrupted with multi-talker babble. In addition to its ability to provide an instantaneous long-term SNR estimation in a dynamic noisy situation, the evaluation results show that the algorithm outperforms the existing overall SNR estimation methods in multi-talker babble over a wide range of number of talkers and SNRs. The relatively low computational cost and the ability to update the estimated long-term SNR several times per second make this algorithm capable of operating in real-time speech processing applications. 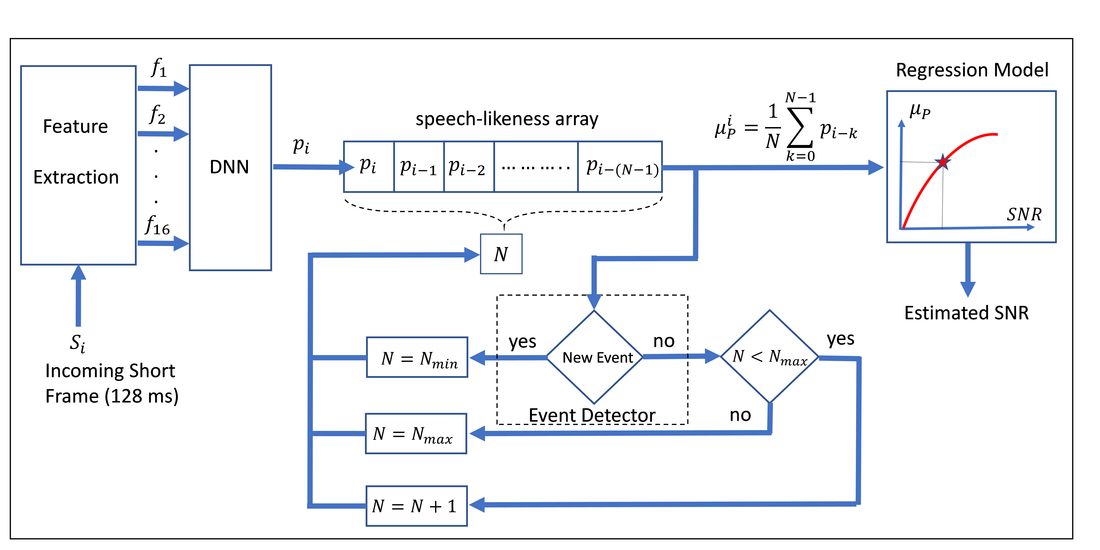