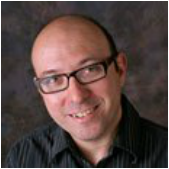 David M. Landsberger received his Bachelor degree in Psychology at Brandeis University in 1995. He received his Ph.D. in Experimental Psychology from Brown University in 2001 for his work in color psychophysics. His training with cochlear implants (and the Auditory system) began working as a postdoctoral researcher with Colette McKay first at the University of Melbourne in Australia and then at Aston University in Birmingham, England. In 2007, moved to Los Angeles to work with Bob Shannon at the House Ear Institute. While at the House Ear Institute, he rose through the ranks to become an independent principal investigator running his own laboratory. In 2013, he joined the Department of Otolaryngology at the New York University School of Medicine. His primary interest is to understand how reshaping the electric fields in the cochlea can provide better spectral resolution (and therefore better speech performance in noise) in cochlear implant patients. Other topics of interest include understanding the relative contributions of spectral and temporal cues to auditory processing, the function of the cochlear apex, as well as bilateral integration with combined electric and acoustic stimulation. He has been working on using this information to develop new sound processing strategies to provide improved sound quality, speech in noise understanding, and information transfer to cochlear implant users. 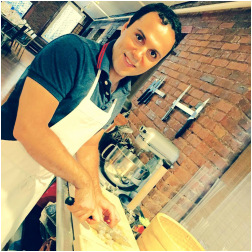 Roozbeh Soleymani joined EARLab in 2015. He is a Ph.D. student in the department of Electrical and Computer Engineering at New York University.  He received his B.Sc. and M.Sc. degrees in electrical engineering from Tehran Polytechnic and NYU Tandon School of engineering respectively. His research interests are in audio processing and machine learning. He is currently working on a new algorithm for real time speech enhancement in cochlear implant devices. His interests outside of academia include traveling, cooking and watching movies. 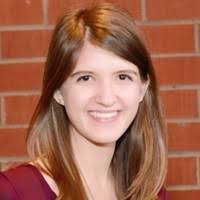 Emily Spitzer is a research audiologist who joined the lab in June 2018. Emily splits her time between the EARLab and the Cochlear Implant Center. She  received a Bachelor of Sciences degree from Northwestern University in 2013 and a Doctorate of Audiology from University of North Carolina--Chapel Hill in 2018. As part of her AuD program, Emily completed an NIH funded T-35 traineeship at Boys Town National Research Hospital.  Emily's research interests include auditory development and electrophysiology.  Outside of research, she enjoys hiking and playing with her dog. 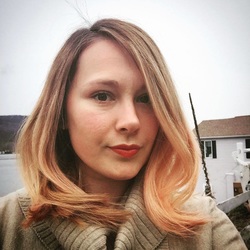 Natalia Stupak  is a research audiologist, who joined EARLab in July, 2014.  Her primary responsibilities include recruitment for research, data collection, as well as maintaining organization and sanity within the lab.  She received her Bachelor of Arts in Communication Disorders from The State University of New York- New Paltz in 2008 and her Doctor of Audiology from Montclair State University in 2014.  She completed her fourth year externship at Westchester Institute for Human Development (WIHD) where she also participated in the Leadership Education in Neurodevelopmental and Related Disorders (LEND) trainee program. She holds a New York state audiology license and is also a member of the American Academy of Audiology.  Her hobbies include eating all the food and loving all the animals. 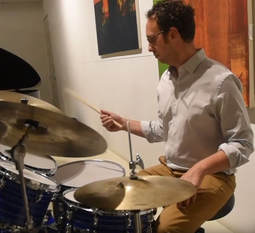 David R Friedmann, MD is a board certified neurotologist and cochlear Implant surgeon at NYU. His research interests include cochlear implant outcomes in special populations and music perception with cochlear implants.

David is a musician and a fan of all music that grooves and hopes to bring that same enjoyment to CI patients. 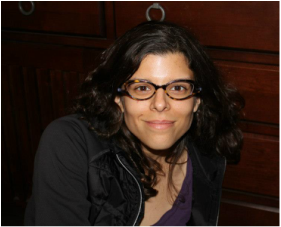 Ann Todd is a postdoctoral fellow working with David Landsberger in the Department of Otolaryngology at New York University School of Medicine. Ann obtained her Master’s degree in Speech, Language, and Hearing at the University of Wisconsin-Madison. She completed her PhD in the department of Communication Sciences and Disorders at the University of Wisconsin-Madison. As a PhD student, she worked with Ruth Litovsky in the Binaural Hearing and Speech Lab. Her primary interests include pitch perception and binaural hearing in normal-hearing listeners and listeners with cochlear implants. Her current research focuses on understanding the effect of place of stimulation within the cochlea on the use of temporal pitch and the effect of current amplitude on place pitch in listeners with cochlear implants. 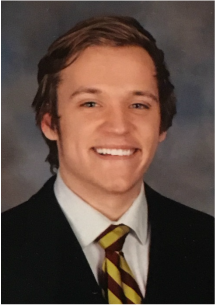 Jacob Taylor is an undergraduate student at Southwestern University working in the EAR Lab for the summer. He will graduate with a Bachelor of Arts in Biology in the Fall of 2017. He intends to pursue a career in auditory research and is presently investigating if a Ph.D or Au.D. is the appropriate path for his career interests. He is primarily interested in studying how inner hair cells convey information as well as improving sound coding in cochlear implants.

​Although he was only with us for a summer, he made a big impact on the group. While he was with us, he helped Natalia collect a bunch of data and worked on one of Roozbeh's experiments. Perhaps most impressively, he came up with his own question, designed and ran the experiment. Data is interesting, too. Hopefully we will get to share it with everyone soon. 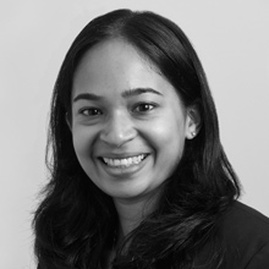 Arthi Srinivasan is presently a patent agent at Byrne Poh, LLP. Previously, she was a Post-Doctoral Associate at SUNY Downstate Medical Center working on Brain-Machine Interfaces, with a focus on providing somatosensory feedback to the brain via microstimulation.  Arthi aided in testing an adaptive controller which calculates optimal electrical stimulation patterns to reproduce natural touch sensations.

Arthi completed her Ph.D. with the lab at the University of Southern California (USC) for work done at the House Ear Institute (HEI).  Her dissertation involved developing and testing novel electrical stimulation methods (such as current steering and current focusing).  Arthi’s work showed that current focusing can improve cochlear implant users' speech perception in noisy environments. She also implemented a computational model which aided in explaining differences in performance across cochlear implant users.
Proudly powered by Weebly